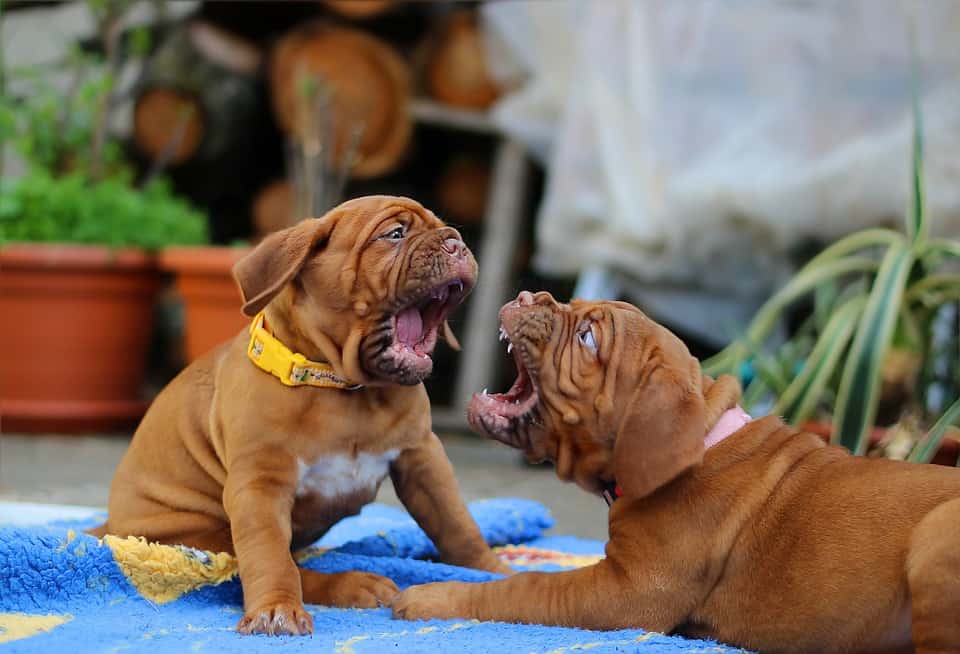 Did you just visit a local breeder and fell in love with two adorable female puppies?

The puppies seem to love and play with each together and you feel like adopting both of them.

Before you finally settle down to adopt both female puppies, have you considered the question, “can two female dogs live in the same house?”

This post will help you to understand whether or not two female dogs can cohabit in the same house. Read on.

Fact: Having Two Female Dogs Cohabit in the Same House Can Be Problematic

When you adopt two female dogs from a local breeder, you’re only doubling profits for the breeder but doubling trouble for yourself.

Two female puppies may be so cute and playful but chances are that once they are mature, they will engage in some serious discussions that could turn bloody.

Hence, thinking that both female dogs may work it out together is not always a good choice.

It likely that when you keep two female dogs together, fights may ensue and one dog may severely injure or end up killing the other.

This may happen when both dogs are close in age or when one is older than the other.

When the two female dogs are close in age, there may be lots of competition.

They’re likely to fight over several competing elements. Such fights seem to occur the most in the presence of their owner.

They may also fight over who’ll walk first through the door or up/down a ramp of stairs. They may fight over foods, toys, treats, sleeping areas, and so on.

Sometimes the cause of the fight may not be completely visible or known to the owner.

However, most fights will occur because one dog may feel challenged by the other and want to react.

What About Bringing in a New Female Dog to an Older Female Dog?

Just like adopting two female puppies, adopting a younger female dog while you already own an older female is also risky.

The new dog may consider the older dog as a weakling and may try to take over.

Unfortunately, such fights always have a sad ending.

Thinking that female dogs “will get over it” and sort out things on their own when they are raised together is pretty naïve.

Always do your homework seriously and do not take decisions lightly. It may cause you to give up a dog or worse it may cost another dog’s life.

Sometimes, There May Be a Peaceful Co-Existence

Note that not all female dogs tend to fight with each other. There are cases where owners can enforce a peaceful co existence between two female dogs with no problems.

The owner has to play a big role in this case by applying a “no fight” policy and intervening if anything that looks more than a minor squabble occurs. Through counter-conditioning and desensitization, lots of progress can be achieved to enforce a peaceful coexistence.

However, if a fight still erupts, owners must be very careful in their attempts in separating the two fighting dogs because the chances of “redirected aggression” are high. That is, the fighting dogs may get confused with the separation and get over-aroused to the point that they may attack the owner trying to restore peace.

Therefore, it is better to separate the two fighting dogs by startling them. You can achieve this by tossing a blanket over them, watering them with a hose, making a sudden loud noise, or grabbing one dog by the rear legs and pulling away as if the dog was a wheelbarrow.

Remember, in all your separation techniques, be very careful.

How to Introduce a New Female Dog?

If possible, arrange for both dogs to meet in a neutral location.

Keep both dogs in their chains and allow them to sniff each other and rub noses for some minutes, then separate them and do something to distract them – like playing or practicing some obedience training.

After a while, bring the two dogs together to repeat the sniffing. Do this a few times before bringing both dogs back to your home.

Getting the dogs to know each other first before bringing them home should ease any feelings that your old female dog’s territory is being taken over.

More so, for the first few weeks, keep the two dogs in separate places for eating and sleeping. Make sure that these places are where the dogs can stay when nobody is at home.

Don’t leave the dogs together unattended to or when you won’t be around until you’re certain the dogs are getting along.

Also, be very watchful. The two female dogs may relate well and be friendly from the start, but resentments and territorial spats may arise after some months together.

Even when everything is likely to be fine, it’s always good to be prepared and watchful.

Will Spaying Prevent My Two Female Dogs from Fighting?

Though two female dogs can fight a lot when they’re in heat, it is not likely that spaying will stop them from the fight.

Spaying your female dogs may stop them from fighting if the fight is exclusively hormonally-induced.

However, this is not guaranteed because when the two female dogs in heat fight due to raging hormones, some level of competition may also be responsible for the fight.

Therefore, it’s better to keep two female dogs in heat separate until they come out of the heat if spaying is not an option due to the breed of dogs they are.

Some Causes of Fighting Between Two Female Dogs

Two female dogs can sometimes cohabit, but life is often difficult in a two-female-dog household. Here are some of the causes of fighting between two female dogs in a household:

1). Same-Sex Aggression: This is a general cause and occurs in most breeds, especially terriers. Female dogs can be aggressive toward one another and spaying may have less effect on aggressive females.

Female dogs may begin to challenge themselves for dominance. However, with proper obedience training and reinforcement, some female dogs do get along with one another. If you already have a pair of female dogs and find it difficult to control them, get an animal behaviorist to help you out.

2). Inter-Dog Aggression: While your female dog may be considered as a family member, it is also a predator and as a predator, your old female dog will consider every other dog to be a competitor for its resources – food, reproductive rights, human attention, and so on.

As a result, aggression problems may occur between two female dogs, especially when the younger female dog matures to adulthood and wants to elevate itself in social status over the older female dog.

For instance, it’s normal to want to punish one dog for jumping on or growling at others. However, such a fight may be vital and a way of keeping peace – a way the dominant dog is telling the social climber not to be rude.

When dog owners interfere and protect the social climber from being growled at or jumped upon, they’re inferable lowering the social status of the dominant dog and elevating the submissive one – this can lead to a serious future fight.

Even if equal amounts of love and attention are shown, even if equal numbers of treats are given, this equal treatment can disrupt the functioning of the pack if one dog is dominant over the other.

While many female dogs may get along peacefully, adopting two female dogs, especially puppies, can sometimes be like playing Russian roulette in that their future is uncertain and has a question mark.

No matter their friendly beginning, always have in mind that in the future one of the two dogs may have to be re-homed when they no longer get along.

However, keeping your two female dogs together depends on your level of commitment. 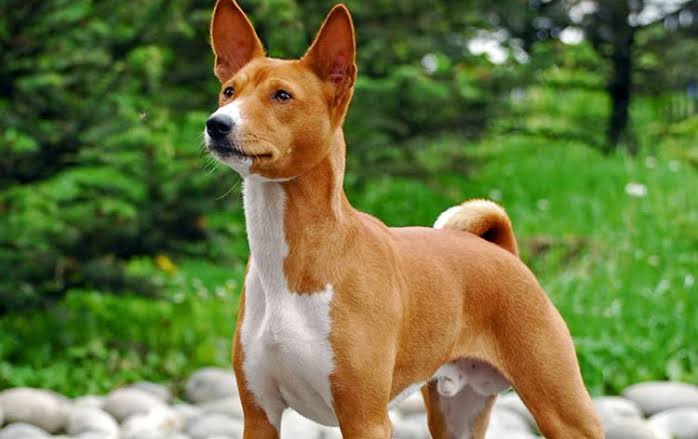 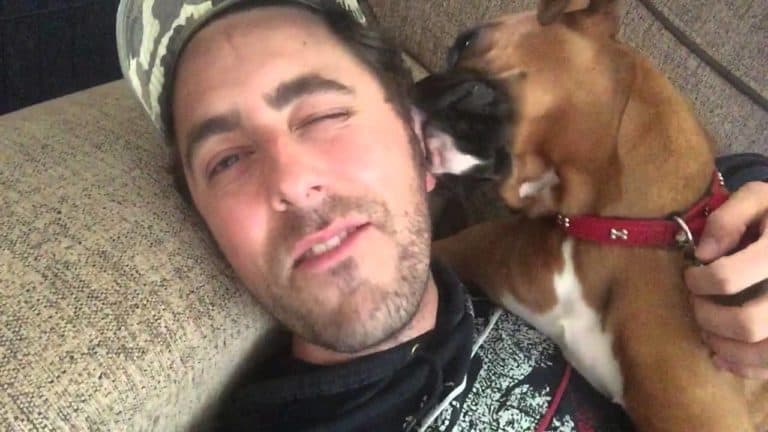 Do you know dogs have some unusual habits? Whether it is gazing at some stranger, or barking. Many pet holders are literally used to being licked by their dogs, and… 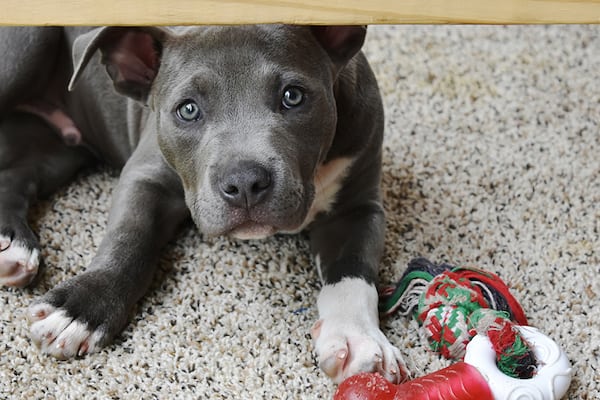 Have you ever tried to spread your dog’s feet and see the thin layer of skin connecting each toe? Well, it’s because of “the webbing.” A lot of people have… 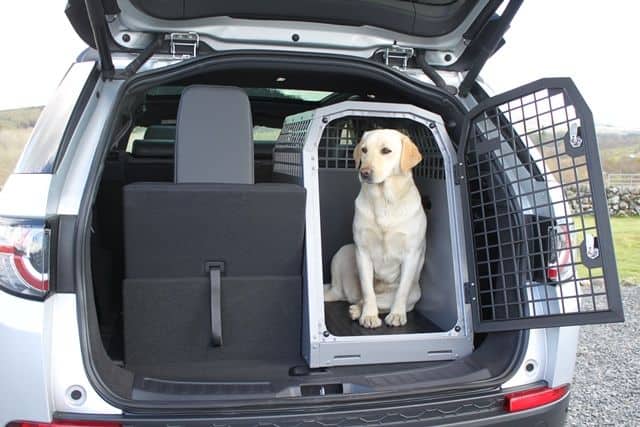 How to secure a dog crate in the car? Your dog, of course, would probably prefer to be put in a comfortable spot. The following are some tips that you… 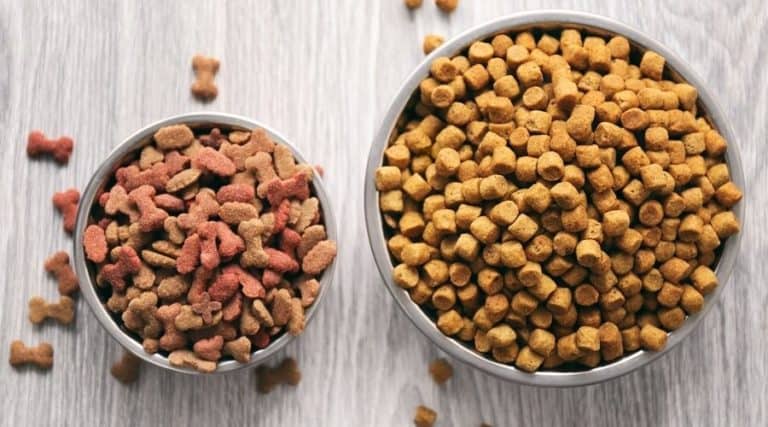 Any parent worth their salt will tell you that Royal Canin puppy food is a great choice for your pup. There are many benefits to feeding this brand of food… 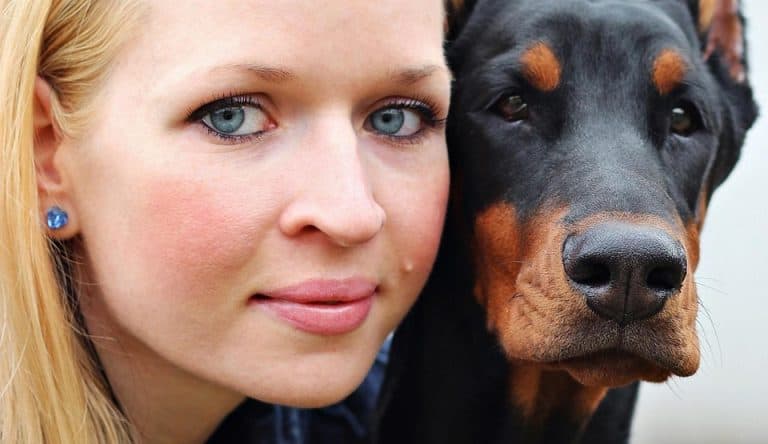 Dobermans, also known as Doberman Pinschers, have a reputation for being menacing security dogs, but that doesn’t mean they don’t have a soft spot for their owners. Read on to…