The Himalayan cats are a breed of cats that were born by the union, or crossing of the Persian cat, and the Siamese cat.

This breed of cats has won the hearts of so many pet owners owing simply to the fact that it has one of the best color points you could see in any cat, anywhere. These cats also give birth to lovely and cuddly kittens, but how many kittens should you expect?

Most Himalayan Cats give birth to 2 – 4 kittens, which are cuddly and each is a litter size for the Himalayan mother. However, depending on the type of food they eat, the breeding environment, and grooming, these cats can give birth to 5 kittens at once.

The primary aim of the breeders of Himalayan cats was to come up with a breed of cats that would retain the color point of a Siamese, and at the same time inherit the long hair of the Persian cat as well.

The Himalayan cats were first recognized as a breed in the early 1900s as early as 1957 to be precise. This well deserved recognition was made by the Cat Fanciers’ Association (CFA), this is the organization that has come to be the primary source of information on cat breeds, and information.

Cat lovers that have the Himalayan cats as pets, or friends claim that they receive a lot of love from the clouder – the affection is multiplied based on the number of cats.

The Himalayan cats also have a habit of becoming overly attached to one member of the family (usually the one that gives it the most attention, and is friendly to it the most), or the whole family in some cases.

The Himalayan cats are a breed of cats that enjoy cuddling, although they are usually not too demanding for attention, this fact depends on the type of cat involved, and the personal temperament.

This breed of cats are very intelligent, and have a keen eye for observing the moods of humans to react accordingly. They are also known to observe the emotions of the people close to them, and react with care.

Himalayan cats can be very talkative when they want to despite the fact that people have come to label them as a quiet, and docile breed of cats.

After spending enough time with Himalayan cats, and understanding their temperaments in general, and their behaviours, a good pet owner would be able to teach their Himalayan cats a few tricks through proper patience.

The Himalayan cats are a breed of cats that are known to get along exceptionally well with children as long as the kids involved are not too lousy, loud, or rambunctious.

This breed of cats could even get along with dogs under the same roof, this is due to them being so large as this makes them more confident, and they are also very loving creatures.

This would only work if the dog in question is not overly hyper, or energy filled. It won’t work if the dog barks a lot, or is overly aggressive. The standard amount of kittens that a normal Himalayan cat would give birth to in a litter is from three to four kittens.

In most cases however, the number of kittens that the Himalayan cats can give birth to might differ by a few extra numbers.

In this article we are going to be taking a closer look at Himalayan cats can be birthed during grooming, and how many kittens they would give birth to after the cycle is completed.

We would also consider any factor that could hinder a successful delivery for Himalayan cats, or any other harmful possibilities, and how to avoid them.

Due to the fact that the Himalayan cats love to cuddle with their owners as much as possible, they are often considered to be lap cats. The Himalayan cat is a breed of cats with a relatively low energy level in comparison to other cats, as a result of this the cat does not jump around the house much, or climb up objects at any given opportunity.

The Himalayan cats, however, can be seen relaxing when they are not playing with their toys, or getting pampered by humans. In the case of Himalayan cats owners with children, the Himalayan cat may be just the best match for such families.

This is due to the  fact that Himalayan cats do exceptionally well with kids especially the ones that are more behaved, and don’t make noise. It is common knowledge that Himalayan cats cannot deal with loud noise so it is not going to be able to stay with  noisy, and loud children.

The Himalayan cat is a breed of cats that is known to be docile, it is a cat that minds its business, and usually does not get into any trouble. It is less likely to get into mischief in the neighbourhood as well.

This breed of cat is very playful, however, it could be seen jumping happily on your favorite chair to claim it, or climbing curboards, and furniture around the house. The Himalayan cat can also come and stretch beside you when it is bored, or jump onto your lap for attention.

This breed of cats can even share their space with a well trained dog that would not cause any trouble. It can also get along with children that are calm and quiet as Himalayan cats hate noise.

Himalayan cats don’t like being chased at all, for any reason. This is also a breed of cats that gets anxious easily, they can get very attached to their family members after just a short period of time, and they are known to demand attention all the time except the person is in a bad mood, or emotionally down.

You would do well to monitor the food intake of your Himalayan cat to avoid obesity. Himalayan cats could participate in exercises just like any other regular cat would, it does not have any special requirements, or needs to enable it to exercise properly.

The physical activities of Himalayan cats are similar to that of their female counterparts, these activities include playing around, running from place to place, jumping from one point to the other, and sleeping for long hours.

The Himalayan cat is a breed of cats that has a low energy level. Despite the fact that they don’t have high energy levels like a few other breeds of cats, the Himalayan cats can still participate in a few forms of exercise, and enjoy themselves.

Himalayan cats play fetch sometimes, and actually enjoy the sport. This is similar to the manx, Russian blue, and Ragdoll cats. Himalayan cats are best trained as indoor only cats.

Due to the fact that the Himalayan breed of cats are very popular in these present days, they could easily be stolen if let out of the house, or picked up by a random person thinking it’s just another stray cat.

The Himalayan cats are generally very loving cats, they are not built for fights, or any type of violence outdoors. This breed of cat would not do well holding its own against a typical outdoor predator, or any animal that would pose a danger to it.

In an attempt to keep your Himalayan cat indoors, and stop it from going outdoors all the time, it is a good idea to provide your cat with a scratching post instead of declawing it. Declawing your cat could cause serious mental damage to it, and cause trauma.

How to Care for Himalayan Cats

The Himalayan cats are also vulnerable to some certain illnesses, just like any other breed of cats. When taking care of Himalayan cats, your main priorities should be their breathing, teeth, eyes, kidney, and nervous system.

The Himalayan cats have a long coat that has the tendency to gain heat in the time of warmer months.

You should always find ways to keep your Himalayan cat cool, you can achieve this by using cold water, or you could ensure the Himalayan cat stays in an air conditioner environment during the warmer months.

The Himalayan cat is a breed of cats that has come to be known over the years as a cat that is prone to some specific diseases if not taken care of properly. The Himalayan cat has a tendency to develop polycystic kidney disease, and feline hyperesthesia syndrome, this is a nervous disorder.

Due to this risk, it is advisable to take your Himalayan cat on regular examinations with your veterinary doctor in order to spot out any illness, and handle it on time before it gets worse.

In addition to this, it would be a great idea to sign your Himalayan cat up for dental care, nail care, and trimming.

This would contribute ultimately to how long your Himalayan cat would live, and how healthy it would be generally.

The standard birth number of kittens for your Himalayan cat is about three to four kittens in a litter. Although you might see more than this in special cases, the given numbers are the most common.

This article has shed more light on the behavior of Himalayan cats, and their proper care to ensure safe delivery. 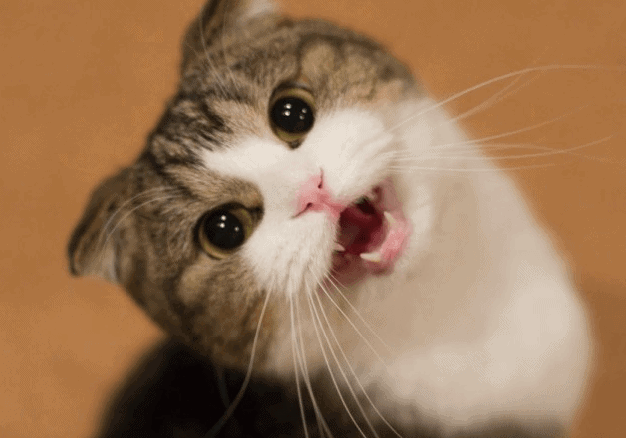 Do cat breeds that chirp have a distinct sound? It’s an easy question to answer because it is pretty obvious to anyone listening that the sound of a cat chirping does indeed sound different than a cat purring. Cat breeds that chirp produce their own distinctive sound and this sound can easily be heard with… 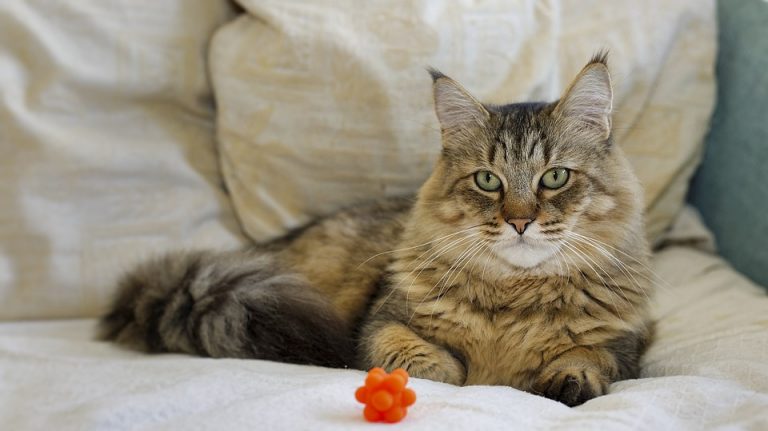 One of the most enduring questions for pet owners is how to tell if a cat is a pixie? Sometimes, it may be quite difficult. Because this cat breed looks similar to other breeds. However, here’s how to identify a Pixie-Boob cat: You can tell a pixie bob cat by its black fur and unique… 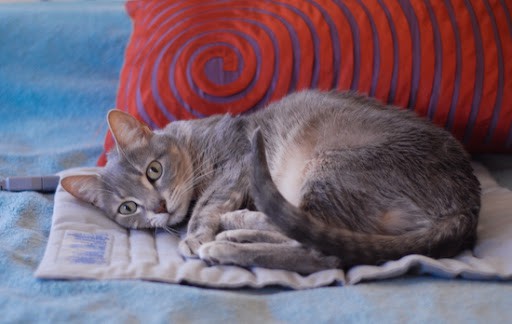 Are heating pads safe for cats? The answer is yes. Here’s why. If you are caring for a cat that is diabetic, then you may be concerned about them becoming ill from the extreme temperature that is emitted by the machine. After all, these products are not intended to kill cats, they are just designed… 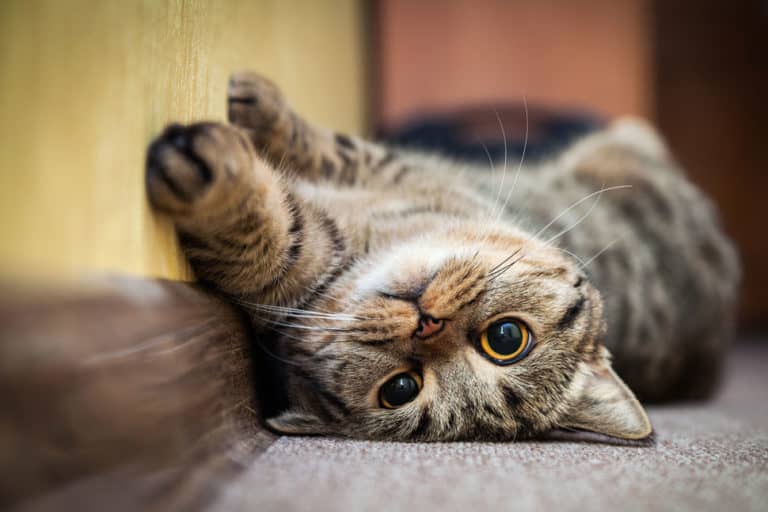 Cluster seizures in cats are similar to those found in humans. They often start out like a light jabbing their chin, then they will jerk uncontrollably and will not stop. If your cat has convulsions like this, you must seek helpimmediately. You may think the seizures are just a normal part of the cat’slife. The… 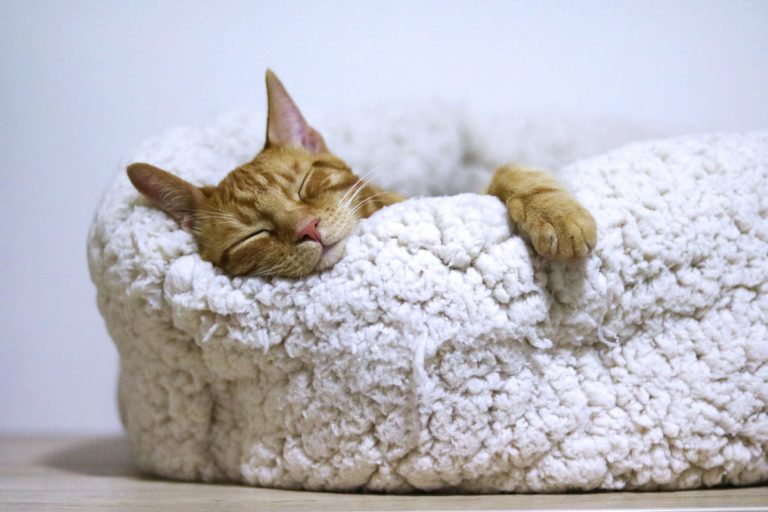 Cats are one of the most adorable animals on the planet — they are an internet sensation. In the year 2015, over a million videos of cats just being cats was uploaded to the internet.  What’s more, each video recorded at least 12,000 views. There’s arguably nothing as adorable as two cats cuddled up underneath… 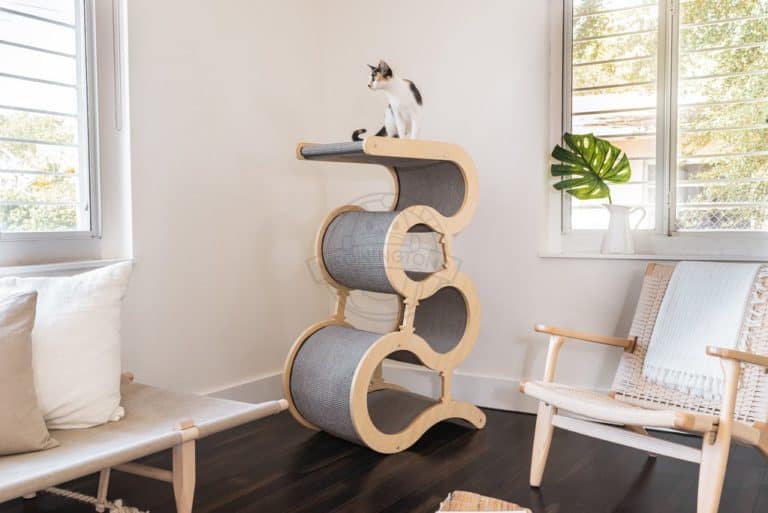 Do cats like cat trees? Many questions have been asked on this subject and whether or not they are a good way to spend time with your pet. So what is a cat tree? A cat tree is a type of cat furniture made of wood that you can set up to hang over a…