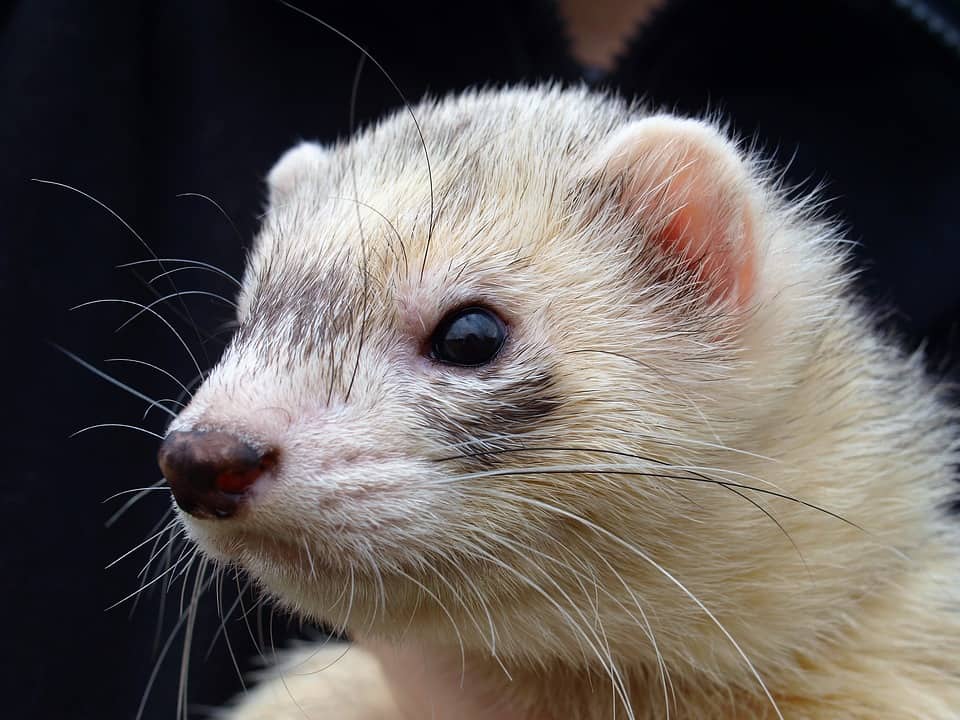 Well, that is definitely a good choice for a pet, but you may have to have some prior considerations before you actually make the purchase.

Cost is surely one of them.

The costs of ferrets at Petsmart vary widely, starting from $50 to as high as $250, depending on the type, breed, age, gender, or even on the location of the store.

The ferrets available at PetSmart or PetCo are priced around $100 and $130, but some ferrets may also cost more than that (about $199).

However, price of the ferret is just one part of the initial cost, and that too a very little part of it.

Indeed, the associated costs of buying a ferret often add up to more than the cost of the actual pet.

Another very important consideration for buying ferrets (although not related to costs) is time.

The ferret is a wonderful pet – cheerful, active, social, curious, and loving.

But they need a lot of caring and supervision. So unless you are ready to invest time on these cute little creatures, think again!

They are undoubtedly good companions at home because they are intelligent and fast learners. You can teach them things to help you around the house and they are sure to oblige.

So you will have a jolly good time with the little ferrets, but only if you have the time!

Ferrets need attention and love to interact with their keepers. This keeps them at the top of their mental and physical health. Now, you see why time is an important consideration in buying ferrets along with cost?

Well, let’s say you can afford the time and are really fond of ferrets as pets.

No problem there. Just go for it– bring a cute ferret home. But do remember to choose your ferret right. Always buy healthy ferrets to save medical costs in the future.

Types of Ferrets to Buy

There are many varieties of ferrets available in the market for you to buy. Their types vary mainly based on how they look – their color, patterns, and size.

While some are soft whites, some are milk chocolate color, and there are still some others that have a coat of mixed colors (black, brown, grey, and white).

However, all of them look super cute. So you may have a hard time selecting one.

The cost of ferrets can help you in the decision-making process. If you have a big budget for your pet, you may choose one variety, while another type of ferret may suit someone with a smaller budget.

Like it is said at the beginning, the cost of a ferret has a wide range, from $50 to over $250. You need to strike the balance between, cost, quality, and type.

Here is a list of the kinds of ferrets generally available:

The ferrets are differently priced. You can get a ferret home at $50 or even at $300. Why this wide difference, you ask? Well, there are primarily two factors for ferret cost variations.

Where you buy the ferret from has a lot to do with its cost. So, the cost of ferrets at Petsmart would not be the same as they are at the shelters.

Neither will the prices tally with what the private breeders offer. And these variations are logical.

Imagine if you rescue an abandoned ferret and are selling it off one day, you are not having to invest as much as the pet stores or the private breeders would do.

So naturally, you can offer the most competitive price among all three sources.

But that is not what Petsmart, or the private breeders for that matter, can afford to do. Why not? Because these people are investing on the pets every day to keep them “sellable”.

So, when you buy ferrets from Petsmart, for example, you get a full year’s health and life guarantee, which makes you eligible for a free replacement if anything happens to you pet’s health within one year of purchase.

Although it will not undo the pain of losing a dear pet, you will still be having the loss partially compensated with another replacement. Ferrets from shelters do not come with such guarantees.

Also, baby ferrets at stores like Petsmart come with their initial vaccinations taken.

You would perhaps need to give the final booster (canine distemper) after you bring it home. Shelter ferrets would perhaps not be as current on their boosters, if at all you find baby ones there.

Private breeders, on the other hand, are very good sources for ferrets although they are very expensive. They genuinely love and care for the pets and chances of getting a very healthy ferret is quite high with them.

However, they do not come with official guarantees. So while you pay around $130 to $300 for a ferret at Petsmart, you would be needing to pay anything between $250 and $275 for a ferret from the private breeders.

The price differences may sometimes seem negligible, but do remember to factor in the other costs that add up to this cost of just the pet.

On an average, this is how ferrets cost at each of the three sources:

The Age of the Ferret:

The cost of ferrets depends to a good extent on their age. Most people like to buy ferrets when they are babies or relatively young. Older ferrets are often more difficult to train and bond with.

Also, the older they get, the higher their health costs and vet visit requirements. For all these reasons, baby ferrets or young ferrets are more in demand.

The demand consequently raises their price, much higher than their older counterparts. Now, shelters rarely have baby ferrets, most of the ferrets there are grown-ups.

Even if you find one or two babies, they may not be in perfect healthy states.

But in Petsmart, you would get baby ferrets that are healthy too. Same with the private breeders. Hence, the cost is proportional to this availability.

Four Ferrets and their Petsmart Costs

These ferrets are super active in the morning and take afternoon naps. The Albino ferrets are frequently bought as therapy pets for young and old alike.

These are, however, commonly found and are the cheapest breed of ferrets. Therefore, their costs are also fairly affordable – between $50 and $130.

These ferrets look almost like the Albinos, but do not have the pinkish red eyes. Instead, they have black-bead eyes.

Sometimes, they also have burgundy-colored eyes. But because of these dark eyes, they are often referred to as the DEW ferrets, standing for dark-eyed white.

These are common and hence, also fairly cheap. They cost around $65 – $130, depending on their age and quality.

The next cheapest breed of ferrets is the Sable. They have white or cream undercoats with deep, warm brown guard hairs.

Their nose is either light or speckled brown, or pink with a T-shaped brown mark.

They have tiny black eyes to complete the cute demeanor. The Sable ferrets are priced around $130 and $150 on an average.

Black Sables are the most expensive kinds. They are slightly different in terms of looks from the usual Sables.

They have white or cream undercoats with darker guard hairs. This contrast between their undercoat and guard hairs give them a striking appearance.

This type of ferrets are costlier than Albinos and normal Sables. At stores like Petsmart, they cost between $75 and $250, depending on age, quality, gender, freebies, etc.

Given the range of ferret costs, we average out on a basic $150 for each ferret at stores, such as Petsmart or PetCo for ease of calculations.

Considering other peripheral cost investments, here is a quick breakdown of how much ferrets can cost you initially and yearly: