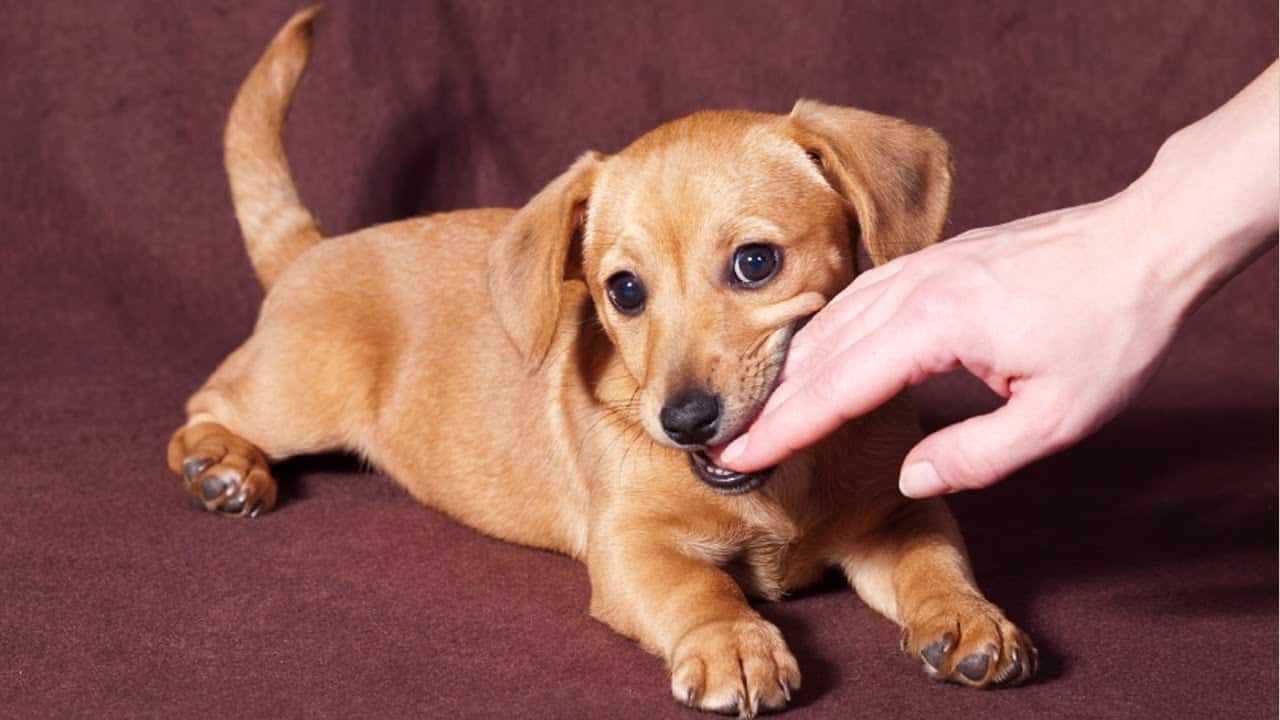 A lot of dogs grab at body parts such as arms or legs, clothing, shoes, or even scarves when they get excited.

Nipping in dogs when they get excited could be embarrassing, annoying, painful, damaging and scary.

Some puppies grow out of this habit as they growolder, but many do not nipping even as they grow older.

For many of these unfortunate owners, correctivemeasures have to be taken to prevent them from sticking with the habit as theycontinue to grow. This would involve teaching and training them to actdifferently.

Why Does My Dog Bite MeWhen Excited?

There are so many reasons. You may also want to know whydogs nip when excited, get ready for answers.

Dogs use their mouths to explore the world.

They nib when excited for several common reasons suchas:

Dogs that nip when excited are easily overexcited and that’s their way of expressing it.

Squealing is wrongly advised as a training method.

By squealing, your dog gets more excited. This isbecause you remind him of that squeaky chew toy, therefore is it advisable youstay quiet to avoid encouraging your dog to bite.

While this could be construed as a form of punishmentby dog owners, it actually makes your dog nervous by having your hands so closeand over its muzzle.

This could prove disadvantageous when you try toremove dangerous objects from its mouth or brush his teeth in the future. Thiscould as a short term remedy but in the long run prove problematic

This involves pinning the dog to the ground andexerting dominance. Usually practiced by old school trainers without completeknowledge of modern animal science, this method has since been debunked aseffective.

Alpha roll might stop your dog from nipping at you butit also exudes fear into your pet, defeating its purpose as a friend.

Rather than enforcing your training through force andfear, training your dog to act differently when excited and self soothe is farmore effective.

4). Spraying the dog with any form of liquid

Although this method is effective and achieves quickresult, it is pretty unpleasant for the dog. While it stops the dog from bitingwhen excited, your dog quickly learns that you are scary or painful.

This could encourage fearful behavior such as hiding.It is advisable to teach your dog to stop nipping, act calm, polite and notfearful.

These aforementioned methods are like kicking your partner in the foot whenever he says something inappropriate at the dinner table with your family.

It works but it might make your partner angry and less likely to accept dinner invitations with your family.

What if instead of the swift kick you took decisivesteps to change the subject to lot friendly I appropriate topics and spoke tohim afterwards regarding the indiscretion.

That’s what we intend to show you regarding dognipping.

How to Stop a Dog from Nipping When Excited: Trainer Approved Methods

You can try the following trainer approved techniquesto stop your dog from nipping:

1). Toss food on the ground

This is one of the best training techniques. By takinga fistful of treats and tossing on the floor, the dog will calm down bygathering and sniffing the treats.

This helps the dog to soothe and relax, creating an enablingenvironment for you to execute your training. Dogs are less likely to continuenipping after this but if this technique fails then you could try another method.

Step into the dog’s personal space with your body upright and in a calm manner. Do not act aggressively, just take a casual step towards the dog.

This may stop some dogs after repetitive steps. This method is not advisable for dogs that are scared of you or aggressive towards you.

Most dogs nip at us because we squeal like chew toysand move our body faster which excites them and make us fun play buddies. Butif you make yourself boring and calm, the dog will stop jumping and nipping atyou.

If all the techniques fail you could try leaving theroom whenever the dog nips at you and come back a few minutes later to tosstreats.

This negative punishment used in tandem with tossingtreats could truly remedy the problem.

It’s advisable to take preventive measures of tacklingthe problems before it begins:

This can be used to prevent dogs from picking up nipping. Thiswould entail putting your dog on a leash and dragging him back before he nipson guests and strangers.

You might also want to put him behind a dog gate orcrate. In extreme cases, you could put a muzzle over his mouth for trainingpurposes.

If you decide to try this methodbe prepared to reward your dog with lots of treats for calm behavior behind thebarrier. If you ignore him for too long when he’s behind a barrier, you canmake him more excited because he’s so ready to join the action!

My favorite way to attack a problem behavior is using a method called “Differential Reinforcement of Incompatible Behavior” (DRI).

Basically, this means that we’ll reward your dog whenhe does something that he can’t do while simultaneously nipping you.

Most people simply teach their dog to sit whengreeting people. To do this, teach your dog to sit in increasingly distractingsituations.

You’re going to have to practice a lot — most dogs are good at sitting when you’re sitting alone in the kitchen in your PJs holding a bunch of treats.

But can your dog sit at the dog park? At the door when you’re about to leave for a walk? When he sees a squirrel?

Keep practicing until he’s great at sitting in really,really hard situations. If you try to ask your dog to sit when he’s not readyfor the situation, you’ll just be frustrated when he ignores you and keepsjumping on your guests.

Watch out for creating accidental behavior chainsduring this process.

If your dog is still nipping at you between sittings,you might be rewarding a nip-sit combination. Make the situation less exciting,and then try again so that you can reward him for sitting without nipping.

My personal favorite behavior to use instead of sitting is actually a hand target. This behavior teaches your dog to press his nose to your hand on cue.

It’s a super easy and versatile trick that helps refocusyour dog and move him around with ease.

I prefer hand targets for excited dogs (instead ofsitting) for a few reasons: It’s tough to sit when you’re so excited.

It points the dog’s mouth somewhere specific. You canping-pong an excited dog, helping to burn off that adrenaline.

In conclusion, an excellent way to control your dog’smouth when he’s excited is to teach him to greet people with a toy in hismouth. 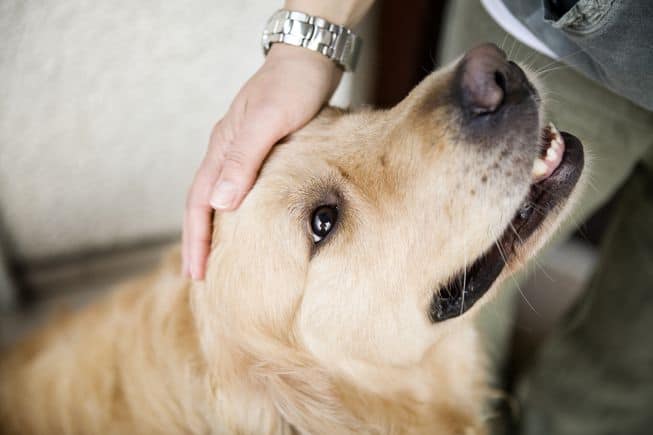 Does dog hair grow back after shaving? If you ask that question, you will likely be directed to several sites, websites, and articles about canine grooming, which all say the… 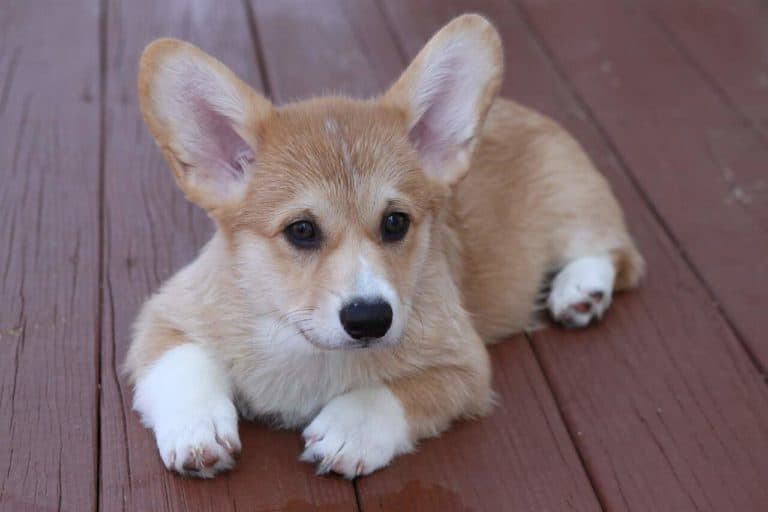 Are you looking for a hypoallergenic corgi dog mix? These dogs are bred to help keep your family safe from allergies and asthma. It can be confusing for people who… 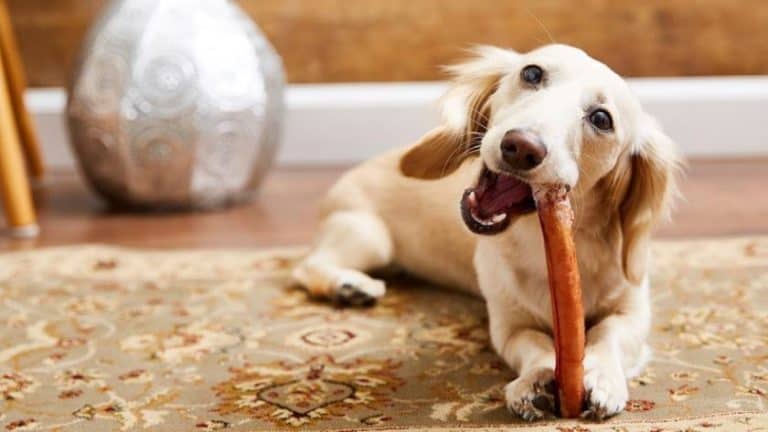 This blog post will tell you what to do and how to prevent it from happening again. Bully sticks are a popular chew toy for dogs, but they can be… 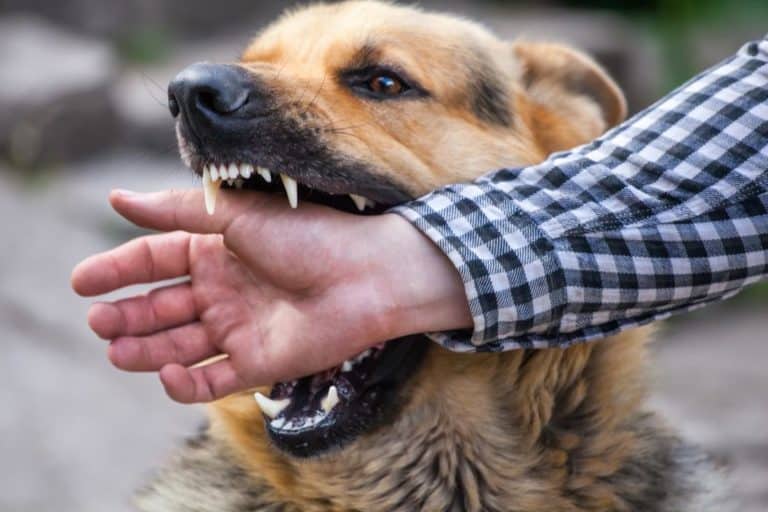 It can be a scary and confusing experience when your dog bites you. You may wonder why they did it, what you could have done to prevent it, and what… 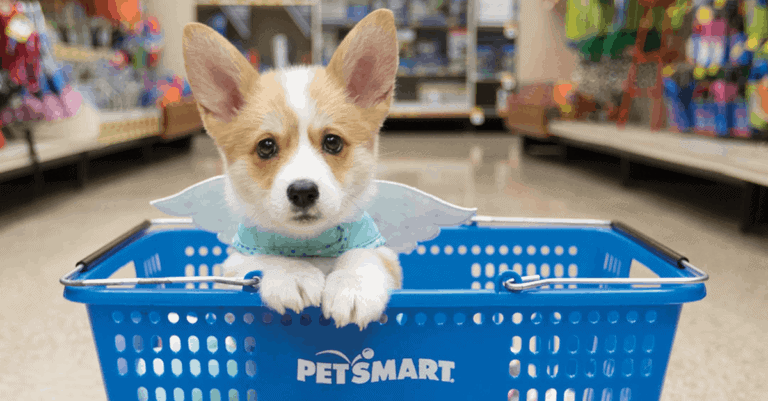 In this article, you’ll learn how you can get a lovely dog from PetSmart. First, there are many reasons that people are interested in buying dogs rather than adopting. If… 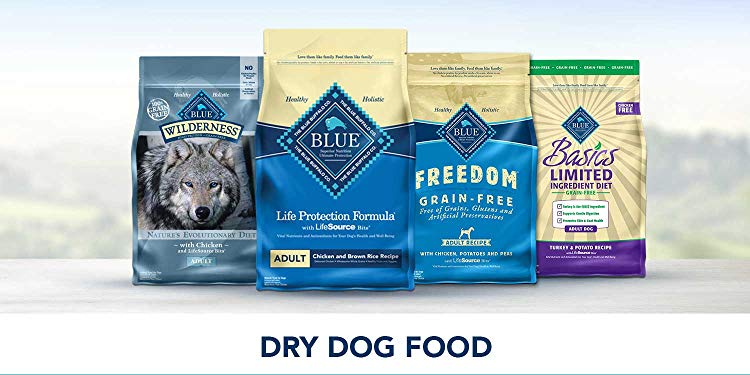 While I feel it is a fair and good question to ask about Blue Buffalo Vs Blue Wilderness Dog Food, the fact of the matter is that your dog’s diet…