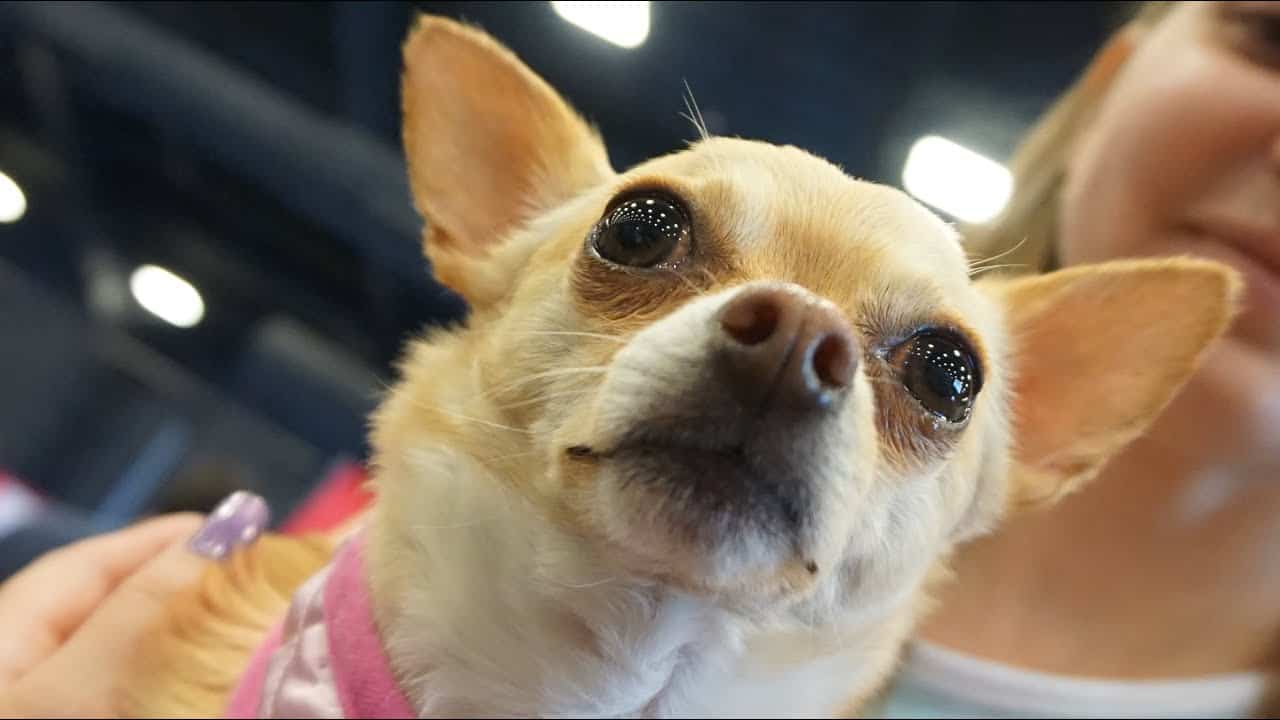 Have you ever wondered why your Chihuahuas shake?

Chihuahuas may shiver or shake for many reasons — pain, fear, anxiety, nerves, or simply being too cold. It’s a common behavior in most dogs, especially small dog breeds.

While Chihuahuas are well known for being shaky and anxious more than other dogs,they only shake for a physiological or emotional reason.

I think it is good to start by defining what shaking (or trembling) is.

With Dogs, what does shaking mean?

Shaking is when a dog canrespond to you, but its body is shivering. Frequently, inexperienced ownersbelieve a serious health issue is causing this behavior.

While a good shake is natural to a dog — which is a way to work out energy, dry themselves off, or stretch out, not all shakes are normal. Shaking can also be a sign of serious illness.

Ifyou are curious to know why your Chihuahuas act this way, ride with me.

So,what are the most common reasons Chihuahuas shake? Is treatment necessary? Andwhen should you talk to your vet?

There are different reasons why your Chihuahua shakes, or rolls often, but don’t be alarmed, none of them are very serious.It is very common and some shake more than others.

Most of the time, the shaking is nothing serious, but there are instances where it is due to some underlying problems.

These are the most common reasons why the Chihuahua may shake and shiver.

Chihuahuas are the smallest breed of dogs in the world, but they have an immense amount of energy. They have a speedy metabolism.

Their fast metabolism makes them accumulate energy. Sometimes, they simply need to burn off that excess energy, resulting in trembling.

Itis advisable to look for exercises to help it dissipate that excess energy.Just make it run around and you’ll see the shaking disappear.

Abnormally low blood sugar is a health problem that has been commonly observed in Chihuahuas.

Some of the symptoms of hypoglycemia are: lack of energy and shaking uncontrollably.

However, this health problem is reasonably easy to treat.

Small frequent meals and snacks allow the body to receive a steady pile of fuel and nutrients. If the shaking is minor and there are no other symptoms, it can be treated by offering a small healthy snack.

But if your dog shakes a lot, it’s best to talk to your vet. He will give you medication to regulate its blood sugar. Never give your dog sugar under any circumstances.

Chihuahuas treasure warmth, yes! They will search for the tiniest sunspot to lieecstatically. They also burrow under blankets and under towels.

Due to Chihuahua’s small size, tiny frames, lack of body fat and high metabolism, they are unable to withstand the cold. You need to be careful whenever you sit down on your sofa.

Even if you feel just fine at ambient temperatures, there is a good chance that your dog is feeling chilled.

They are more susceptible to the effects of cold weather. Just like humans react to cold temperatures, Chihuahuas naturally shake in cold weather.

Shivering is their body’s mechanism to stay warm.

When a dog’s body temperature drops, a shivering reflex is triggered. An occurrence of trembling can be very demanding on a Chihuahua — both mentally and physically.

Since they don’t have the ability to speak and let you know when they are cold, it is your duty to watch their body language.

Keepyour Chihuahuas out of cold areas. Dressthem up in a sweater, hoodie or a thick shirt to see if this stops the shaking.

Chihuahuas may also shake when they are excited. These dogs have intense feelings and emotions.

Bursts of excitement in these highly energetic dogs results in a surge of adrenaline which will often show outwardly as tremors.

Chihuahuas get excited when you do anything that they love, this causes them to shake. Just like most dogs, Chihuahuas wag their tails wildly when excited but this isn’t just enough for them.

They prefer to get their whole body into the act. In such a case, they don’t require attention from the owner.

As a matter of fact, if the dog’sowner reacts well to the shaking, it might develop into a form of communicationbetween both of them.

You’d be anxious too if you were only 5 lbs. Just as you may shake from nerves, so does the Chihuahua.

Feeling nervous can make a Chihuahua shake to varying degrees.

In fact, a Chi may run under the bed when hearing a noise, cower up to you when your phone rings, or shake when you try to pat him. Usually, there are underlying issues that cause a dog to be anxious.

Some Chihuahuas shake from fear, especially if they have been subjected to any form of abuse.

Your Chihuahua could be nervous about your reactions if it thinks it has done something wrong.

Away to confirm whether nervousness is the cause of shaking is to observe if thedog barks, licks its lips, or licks its paws often.

Inaddition to relaying to your Chi that there is nothing to be afraid of, usually, it is better to keep it away from large dogs andstrangers.

If your Chihuahua suddenly starts to shake its head, it could be something to do with its ears.

Signs of ear infection are: bad smell, shaking of just the head, and/or rubbing the head against rough surfaces. If you suspect an ear infection, veterinary care is recommended.

Chihuahuas tremble because they have been bred to have tiny bodies.

Unfortunately, their big personalities don’t fit into their small bodies. Chihuahuas are absolutely brimming with personality – often a quirky and eccentric personality unmatched by any other breed.

Trembling and shaking help to get rid of some energy packed up in their small body frame.

Allergies are another common problem that lead to head shaking in Chihuahuas.

They can be allergic to a particular food or triggers in their environment (pollen, mold spores, dust or storage mites, etc.).

If the shaking starts just after you gave them a new treat, an allergic reaction could be the reason.

Stop giving your dog that particular food, as it does not suit them. If they don’t stop shaking, call the vet for professional advice.

Seek the opinion of your vet about the advantages and disadvantages of performing an allergy test  to determine whether or not it would prove beneficial.

A severe injury to your Chi may make it shake uncontrollably. Most owners carry their tiny friend everywhere in their arms, which essentially tells the dog that the world is unsafe for him to walk through.

Since they are often carried, they can easily be stepped on. Internal injury is a possible cause for shaking.

Ensure that all cases of trauma are evaluated by the vet.

It’s quite normal for your Chihuahua to shake. In fact, so many Chis shake that some owners mistakenly believe that it’s a trait or characteristic of the breed.

Shaking is an accepted part of Chihuahua behavior and may not always be associated with a health problem as seen mostly in the case of other dog breeds.

Thus, owners need not worry as in most cases your pet is absolutely fine. Shaking that is accompanied by other symptoms, should never be ignored.

You should take your pet to the veterinarian in such cases. By giving your tiny friend the care it needs, you can help keep its shaking under control.

I hope this article has answered yourquestion in enough depth as to why Chihuahuas shake.